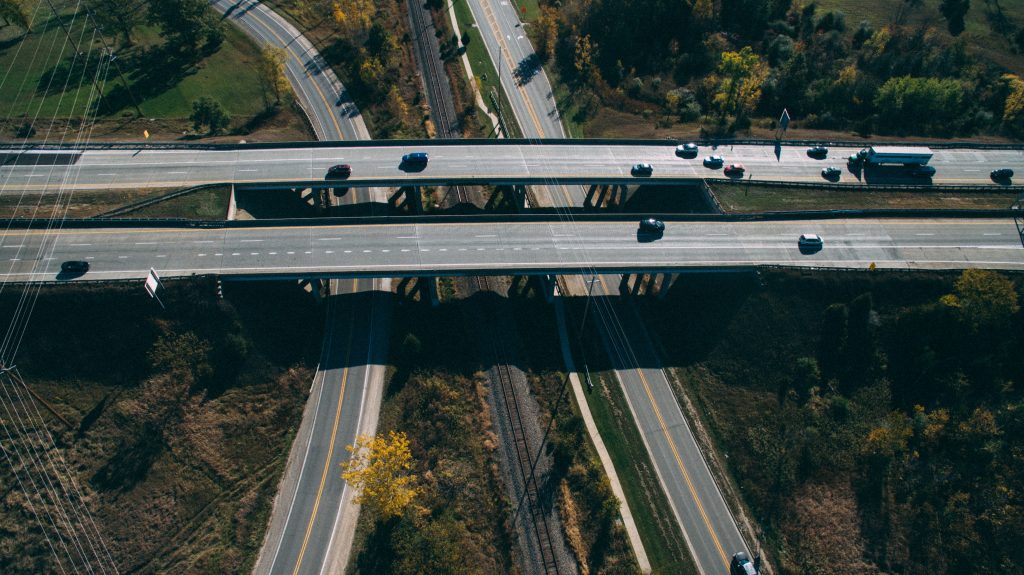 In 2018, UBIDREAMS completed a Proof of Concept project for a motorway company for the management of opposite direction drivers alerts. This article describes the perception of Ubidreams on the overall approach at the end of the POC which took place from june to december 2018. It comments the results and prospects on the deployment strategy that could be in place at the end of the exploratory work without disclosing the measures employed and retained by the client of UBIDREAMS. It therefore respects Ubidreams confidentiality commitment.

The original idea of the project entrusted to Ubidreams consisted in placing “beacons“, a sort of tag emitting a single bluetooth signal, along a motorway at regular intervals to allow the users of this motorway to be alerted in case of detection of a driver driving the on wrong direction thanks to this infrastructure. The principle is simple : when a warning zone is known by the management system of the motorway operator, the “beacons” positioned on this area are identified by the system created by Ubidreams and can trigger, at the passage of cars, an audible and visual alert on the smartphone of the users.

In the realization of developments and tests, Ubidreams has demonstrated several concrete things :

The perception of Ubidreams at the end of this exploratory phase of development and testing is that the idea of BEACON as infrastructure is a good idea that deserves to be excavated and developed for two main reasons.

The Beacons: the right choice

On the one hand, Ubidreams considers that the results are encouraging because they are very satisfactory in the two modes “active” and “background” and that they allow in these two modes to generate a false alert in 100% of situations and with all phones in a relatively short time following the hazard awareness by the motorway operator’s system.

On the other hand, Ubidreams asserts that the “beacon” infrastructure allows a much finer mesh of the motorway network that would allow a system of “geofencing” on which could be based management of false alerts. Indeed, the system of “geofencing” which as its name suggests is based on the geolocation of smartphones and the ability to send messages according to the area in which they are, is limited to twenty zones by the smartphone manufacturers. Thus, if one can predict that the system would work better in application mode extinguished what remains to be proven, the system would not be accurate and the alerts that would be generated would be distributed much too widely losing their relevance. The idea of BEACON seems good but the idea of the Smartphone as a receiver of the warning signal seems weak in this architecture.

The idea of the Beacon is good because it is much cheaper than Wifi TAGS, it consumes much less energy and it renders the service that is expected of him since it is detected at high speed and that it identifies very clearly an area with a very fine mesh.

On the other side, the smartphone is the weak link in this logic of prevention because although spread widely among users, the policies of the manufacturers of smartphones, Google and Apple prevent more and more intrusions by applications in the mode “off”, this for the sole purpose of preserving the battery of the smartphone which remains the weak point of this device. Thus, as we saw in the tests, the old versions of smartphones had better behaviors in application mode extinguished than the new ones and the detection was also better when they were connected. The Smartphone is an excellent receiver when the application that manages the alert is on or in the background. If the strategy is to keep the smartphone as receiver in the car, it means that the operator of the motorway must create an incentive policy at the entrances of the motorway, on the toll barriers and on the areas rest by messages, posters, flash radios, to download its application and make it turn on and of course enhance partnerships with road application providers such as Waze and coyote.

Another approach for road safety alert management would be to consider the creation of a “bluetooth” receiver built into cars. Thus, the system whose reliability has been demonstrated by Ubidreams in this project could overcome the dependence of smartphone manufacturers with their “operating system” Google or APPLE, hypothetical agreements with manufacturers of applications like WAZE or Coyote and download by users of mobile applications.

Ubidreams has a connected object department on the company and can provide answers for the creation of such a receiver by working with car manufacturers or suppliers.

Discover our latest news on the same topic.

Almost a year ago we presented you UbiSea, a prototype of a connected buoy, what happened to it? ...

This project is part of the feasibility and pre-typing study of a network of interconnected buoys...

A question, a project ? We help you define your project.